A devotional Maithili song marking the birthday of Goddess Sita, the wife of Lord Rama was released on Monday in Delhi by Mithilalok Foundation, a premier institution working for socio-cultural and economic development for the migrants.

Dr Birbal Jha, noted author and the patriarch of the foundation has written the lyrics of the song. The melodious song was sung by Smriti Thakur, a daughter of Sitamarhi, a part of Mithila where goddess Sita was born in the Treta epoch as mentioned in the epic the Ramayana.

“Mithila is at the core of my heart and hence I derive a keen sense of contentment and bliss when I happen do something for the cause of the region where I was born and brought up. Releasing this song is a token of contribution to the motherland through my social venture.”, said lyricist Dr Birbal Jha speaking on the ceremonial occasion of ‘Maithili Day’ 9th day of the bright lunar fortnight of Vaishakh, as per the Hindi calendar month.

The specific lyrics remind us how Goddess Sita descended to earth. It is important to mention here that Sita, as some historians claim, is not the figment of imagination of Balmiki or some other great writers of yesteryears. She is rather a historical character and embodies the sacrifice and tolerance of women.

Notably, Dr Birbal Jha, who was awarded as the youngest living legend of Mithila in 2017 has written a good number of songs earning a wide audience all over the world. One of his songs earned the reputation of being heard by a whooping one crore people. His poignant song—‘Kya Gunah Tha Mere Bache Ka’ composed on the backdrop of the murder of a child in a Gurugram school also got the distinction of being viewed by more than 75 lacs on YouTube alone in a short span of time.

His ‘Save the Paag Campaign’ is yet another feather in his popularity cap. This campaign got such a phenomenal public response that the central government in 2017 issued a postal stamp on Paag, the cultural symbol of Mithila. From this successful campaign, Dr Birbal earned the title of The Paag Man of India.

Dr Jha’s Paag song besides ‘Preetam Nene Chaloo Hamro Saurath Sabha Yau’ is hailed as a milestone in the annals of cultural movement of Mithila and Maithili songs and music.

2017 itself, it was the result of the ‘Let’s go to Saurath Sabha’ a campaign’ organized under the leadership of Dr Jha that the tradition of fixing the collective marriage of 700 years old was revived in that year. This song offers participation of women in the bride-selection process. History has witnessed the fact that that the girl had the right to choose her life partner as Sita svayanvar started from here. 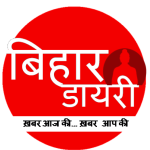